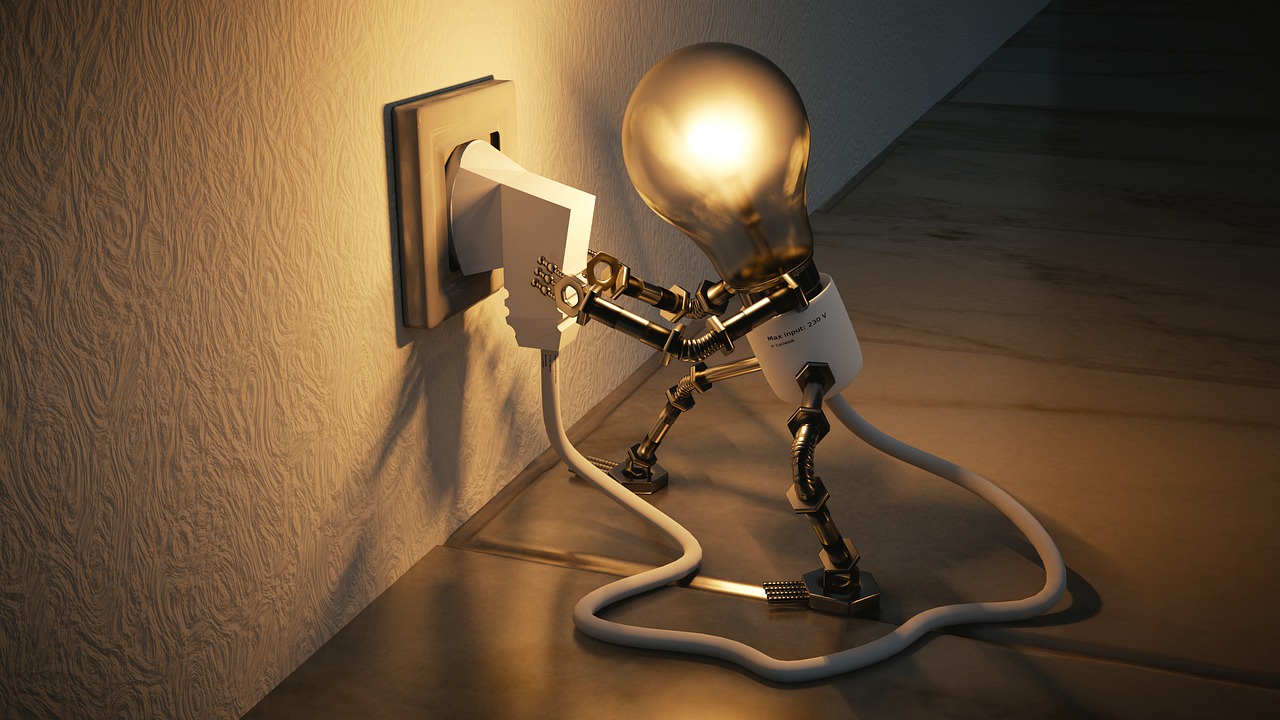 Since this is our first show, a little about me….

I have been actively promoting climate solutions since the 2015 Philadelphia Mayoral election and the discussions around an energy hub in Southport. Currently, I am active with local climate group 350 Philly and Sierra Club’s Ready for 100% renewable energy in Southeast PA.

Today, I lead the effort against PGW’s proposed LNG project, as well as the Litter Free Philly campaign to eliminate Single-Use Plastics.

My weekly publication of climate-related events has kept area groups connected to each other’s efforts. For the 2019 local elections, I have developed a public calendar of events where people can meet candidates and push a climate agenda.

I am also a lifestyle environmentalist. As a lifestyle environmentalist, I have chosen to live simply, consuming only what I need, and being mindful of my purchases – what I buy and from which companies I buy. Living this way informs my awareness of how our culture and our system heavily promotes consumerism and an anti-environmental view of our world.  And lastly, that I’m an introvert, preferring my own company most. It must be a big deal when introverts step up to the mic!

The purpose of this show, Philly Talks Climate, is to bring you awareness of the issues and how you can be involved. We want to help you demand more of our local politicians, so that we have the leadership we need at this very critical time in our civilization.

On Philly Talks Climate, we will offer some education; so you can understand the issues. At times, we will have guest speakers. Some regular segments on our show will be

Yes, there have been wildfires in California, and flooding in Florida. Yeah, that’s bad, but we’re going to talk about Philly and how we’re affected here by the climate crisis.

About the climate crisis

The climate crisis is caused by humanity burning fossil fuels in vast quantities. Quantities so vast that the resultant greenhouse gases are overloading our atmosphere. Another name for greenhouse gases is carbon emissions.

We need to figure out how to stop burning fossil fuels and reduce our emissions ASAP. Like within the next 10 to 12 years.

You ask how? The technology is available. Yet we as a nation don’t seem to be making an effort, living as though our current lifestyle could continue on forever. We’ll need to help each other as we take the needed steps in our own households. We also need to change the system. Since would be far easier for us to each make changes if our systems made this easier and more affordable.

There seems to be a lack of political will. So we also need to keep an eye on our elected representatives, who continue to OK long-term plans with a business-as-usual scenario. One that is increasingly dependent on burning fossil fuels.

What is energy? There’s my own energy, which can be recharged with sleep, food caffeine, and friends. We don’t want to curb this! Then there’s energy used by modern day devices, such as mobile phones and home appliances — most of these are powered by electricity.

Some of our devices use fossil fuels directly. A car, for example, typically burns gasoline, which is made from oil. A gas boiler, found in most of our homes,  is another example, burning gas to heat water, which is then pumped thru radiators, which in turn heat a building. Both of these examples emit greenhouse gases. The car thru the tailpipe, the boiler via the chimney.

Another difference between fossil fuels and renewable energy is that fossil fuels require drilling and extraction to bring them up from deep within the earth. Think about it… coal, oil and gas. All underground until we extract up to ground level. Maybe it’s best we keep these fossil fuels in the ground..

Fossil fuels are everywhere in our daily life. So much that we hardly notice them. Doing the laundry? Your dryer is likely burning gas. Taking a shower? Your water heater in the basement is often burning gas. A quick quesadilla before heading out? Umm… likely your stove is a gas stove. That disposable water bottle you just tossed into your bag for the day? It’s made of plastic, which is made from oil.

Wait. Plastic bottles are made from oil. Yup. I know I just listed fossil fuels as 1. coal, 2. oil and 3. gas. There are many other avatars, or forms you may recognize a fossil fuel  by… nylon, petroleum, Lycra, diesel, kerosene, liquefied natural gas, asphalt, bitumen, napalm, petroleum jelly, Styrofoam, vinyl, plastic, polyester, acrylic and chemical fertilizers!

Awareness of your energy source could lead you to use less energy or a less polluting form of energy. For instance, on a sunny winter day, I pull open the curtains not only because it feels nice but because the sun warms up the house. When possible, this is a better option than heating the whole house with that gas boiler. When going a short distance, people opt to walk or bike instead of rolling over in a car.

A carbon footprint shows annual carbon emissions for a household or an organization.

News you can use

Last week, Charles Ellison wrote about Voting Green in the Philadelphia Citizen. Yes, we continue to have the classic issues discussed by politicians – Crime. Taxes. Schools. Jobs. And addressing these are vital to the health and livability of our city.” But all of these depend…on each of us being able to breathe clean air and drink clean water.

Charles talks about our deteriorating air quality, and ranks it with other US cities. We know what affects air quality, right? Burning fossil fuels — whether for transportation, heating or generating electricity.

So if you’re upset about Philly being ranked 4th among 20 asthma capitals in the US, you’re a green voter.

If you’re asking for safe streets for walking and cycling, you’re a green voter.

If you’d like to see our public transit run on electricity instead of diesel and gas, you’re a green voter.

If you’d like us to heat our homes without gas or oil, both of which are dirty fossil fuels, you’re a green voter.

If you think we should be generating our electricity from solar panels instead of coal, oil or gas, you’re a green voter.

This May, we have the incredible opportunity to decide on a new cast of characters leading our city government — from Mayor to Council members to Commissioners to Sheriff to Judges. Yes, we all need to go out and vote on May 21st. But before then, we need to start talking to the candidates. And asking them about their climate policy. Because without a livable planet – translated to breathable air and drinkable water, what good is a nice house or a good job? As Charles puts it… Vote Green or Die.

Engage with your elected reps

The committee of seven, chaired by Kenyatta Johnson of District 2, was fast-tracked by Derek Green, councilman at large, to OK the Passyunk Energy Center. This is a project to liquefy natural gas, which is commonly referred to as LNG.  The natural gas is not needed to keep Philadelphians warm since the liquefied gas would be shipped elsewhere; perhaps Boston, perhaps overseas.

Natural gas is mostly methane. The Union of Concerned Scientists tells us that methane is worse for the climate than carbon dioxide. How much worse? Methane is about 86 times worse than carbon dioxide in the first 20 years. You can also see the handy fact sheet on the Energy Justice Network website, stating the same.

And yet the committee members voted, believing the industry myth that gas is clean and would reduce emissions.

In a couple of weeks, this project will come up for a vote before the full city council.

Please call any and all council members today. Tell them to Pass On Gas, and vote NO for PGW’s LNG project.

For more detail, including a list of phone numbers for each Council member, see 350philly.org/NoLNG.

Connect with others at a climate-related event

Join Climate Dads – a group of local dads concerned about the climate. They have organized a field trip to the John Heinz Wildlife Refuge. Called Stomp in Mud, be sure to bring your child to this morning of Saturday March 9th. Catch a view of some of the 300 bird species who visit this 1,000 acre refuge! Yeah, a 1,000 acre space right in Philly. Just for wildlife.

This space is unusual in that it’s an urban wildlife refuge in the wetlands where the Darby Creek meets the Delaware River. It’s the largest remaining freshwater tidal marsh in Pennsylvania. The areas of open water along with the adjacent heavily vegetated tidal wetlands form an ideal habitat for thousands of migratory waterfowl as well as many fish species. It’s a place where the sweet water meets the salt water; where biodiversity thrives in the rising tides. Tides which also return our own plastic waste back to shore.

While there, help the refuge collect litter to keep wildlife safe and enjoy a free lunch, a tour of the new Visitor Center Exhibit Hall, and a bird-watching adventure!

For our next show, we’ll talk with students striking for the climate on March 15th.

Thanks for listening, I’m Meenal at Philly Talks Climate.