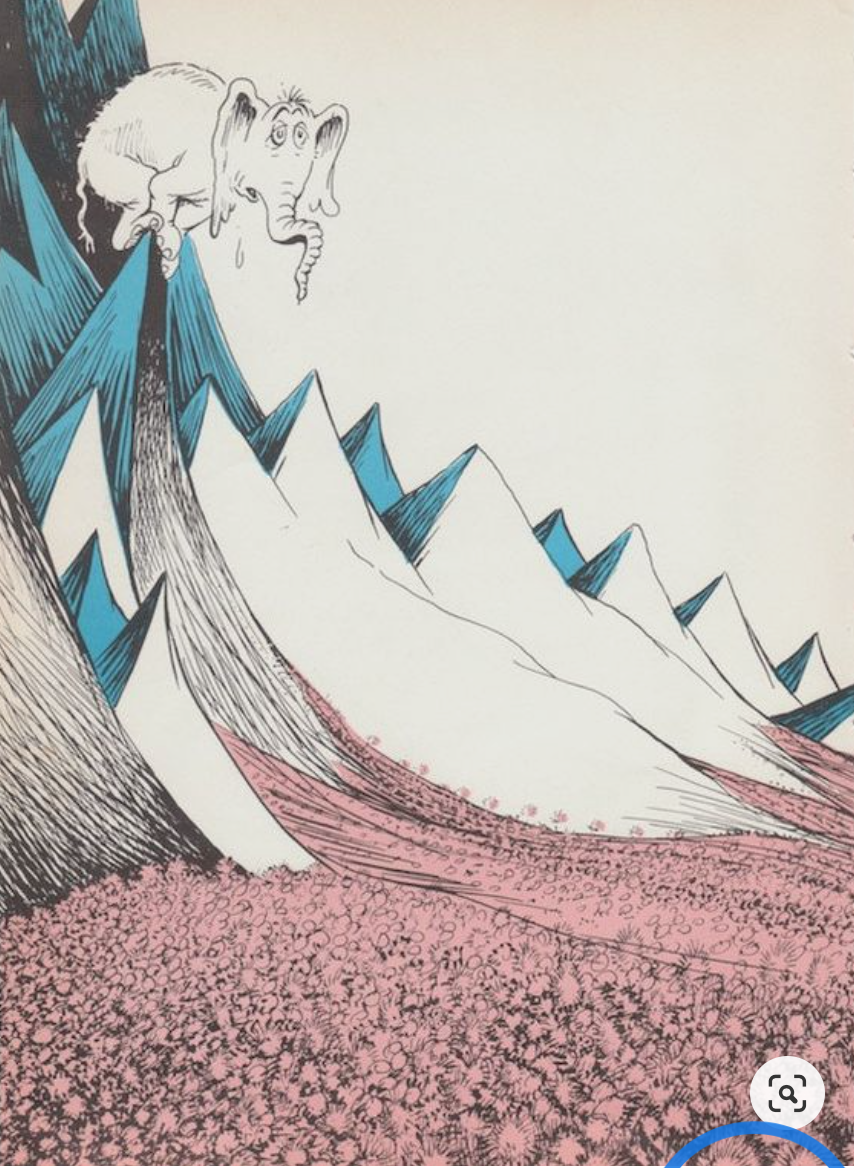 This show aired at noon on Friday December 6, 2019 (and again on Saturday at 8:30am) on PhillyCAM’s radio station WPPM 106.5 LP FM in Philadelphia. Hear the audio anytime. The script is below.

Last week’s episode was about the bankruptcy discussions for the refinery site. On that show, we suggested how we could push City Council to claim their power, — by thanking our City solicitors, and encouraging them to consider what’s best for the residents of the city.

News You Can Use

Since then, we learned of a report by our City’s Managing Director Brian Abernathy. It’s called: A Close Call and an Uncertain Future: An assessment of the past, present and next steps for Philadelphia’s largest refinery. This document is a summation of all our voices at the many public discussions about the refinery site this past summer and fall.

In the section titled “Potential Reuses” for this site, we learned of some limits to what the City can do…

This last one, zoning changes, doesn’t seem to be quite as limiting. We’ve learned that zoning approval is necessary for

So how could the City influence what comes next at this site?

The report continues by listing…

What do we mean by economic incentives?

Could the City revoke this designation, so that this site is less viable for use as a future refinery? Because we need to make it financially unattractive for anyone to restart this refinery, right? We’ve learnt that at least till 2023, this site has been approved as a Keystone Opportunity Zone by the state. Darn.

Many people ask for a non-fossil fuel use for the refinery site; often invoking images of large solar fields. The City could announce that they would be willing to enter into a power purchase agreement and buy all the electricity generated at this site; we sure have the appetite! This is one example of a targeted assistance for specific initiatives.

What could entice a future owner to this site?

Well, the report reminds us that this site

The industrial infrastructure is for petroleum processing and for storage, with connections to interstate pipelines. There’s also a wastewater treatment plant and rail facilities.

The strategic location means this site is along 2 highways, a port, an airport, and right along the Schuylkill River.

The favorable zoning translates to the most lax zoning possible, which is why the current and prior owners have done pretty much whatever they wanted at this site.

Now might be the time to re-think the zoning for this land.

The report reminds us of this site’s liabilities, notably

Likely potential uses listed on the report are

From participating and witnessing all of the public meetings by the Refinery Advisory Group, I can say that residents of Philadelphia, especially South Philadelphia, do not want to see the continued petroleum refining, nor any processing of natural gas liquids or petrochemicals.

We sense residents will support what the report calls alternative energy as well as manufacturing, warehousing, logistics and distribution.

So we say… We must not revive the refinery again.

Also… We must not accept any industry that dumps into the atmosphere, or produces anything combustible. Therefore, no waste to energy plant. Nothing that makes jet fuel. Or marine diesel. We ask, simply, for no new fossil fuel projects.

There are some good guiding values listed on this report, suggesting that the City should favor and encourage a future

Being sensitive to near neighbors as well as the need to create family sustaining jobs, we’ve heard most people suggest something “green”.

We’ve heard mention of solar farms with energy storage. This means ground mounted solar panels that generate electricity during the day, and saved in batteries for night time use.

Some people have mentioned geothermal fields offering district heating and cooling. This means pipes going deep in the ground, either horizontally or vertically, where temperatures remain a near-constant 55 degrees Fahrenheit. Bringing up air, water, or coolant from this near-constant 55 degrees means that in the winter, we only need to heat from 55 to 65 degrees. Laying pipes is something our laid-off refinery workers, and even the PGW workforce are skilled to take on. These geothermal fields could be an alternative to the massive Veolia plant that currently provides district heating to large buildings in Center City & West Philly.

Some others have dreamt of manufacturing turbines for offshore wind projects. With the nascent offshore wind industry, this idea was brought to Mayor Kenney’s attention by his first transition team, 5 years ago.

A new idea is manufacturing building materials from hemp — a renewable resource.

There are many budding industrial hemp growers across Pennsylvania, who could supply our local market. All of these have the potential to create family sustaining jobs in our city.

Whatever we decide to do, we need to clean up this site. The past owners have abused this land. Though they have pledged to remediate the land, they have done little.

Sunoco, the prior owner of this refinery, hasn’t had public conversations about  remediating this site — since 2006. That’s 13 years go. What’s puzzled us is that our City has known about this requirement for public involvement, and yet, done nothing about enforcing this.

This required public involvement about remediating the refinery site is required by Act 2, mandated by our Pennsylvania Department of Environmental Protection. Maybe, since Sunoco has not complied to these stated requirements, our City can ask the PA-DEP to reconsider the agreement. We understand that the legal term is “declare a reopener”.

Why? Well… Whatever plans Sunoco has for remediating this site, they’re based on the assumption that there would continue to be a refinery here. Since this is no longer what Philadelphians want or need, this site needs to be cleaned, I think they call it remediation — for uses other than a refinery.

If our City and State “declared a reopener”, we would get an opportunity to ask that it be remediated to the highest standard — that of a green space.

With this level of remediation, we could design for public access to our riverfront. We could design for ground mounted solar farms surrounded by plants that invite pollinators — the birds, the bees and the butterflies.

We also need to consider flooding of this site due to rising sea levels — another result of a warming planet. I learned that basements at The Navy Yard get flooded regularly by the ground water seeping up, and that fish have been seen in these flooded basements. So, whether from an instant cloud burst, rising ground water, or rising sea levels — we will get flooded. We don’t need to worry about climate refugees from New York, but instead, from Eastwick, The Navy Yard and South Philadelphia.

With an awareness that some portions will be swallowed up by rising waters, these low lying spaces will need to be remediated to marshland.

The most cost effective way to remediate seems to be by using the mycelium network of mushrooms. I spoke about this at the first meeting of the refinery advisory group. That basically, mushrooms thrive on the hydrocarbons, breaking them down to hydrogen, oxygen and carbon.

Since then, we’ve heard about using bacteria to break down the spilled fossil fuels. From someone who does this type of remediation in Ohio, we learned that “cleanup could take anywhere from less than a year to 5 years depending on level of contamination.”

We’ll need to monitor the remediation costs, so that the insurance proceeds are  adequate for the cleanup work required, before they disappear as bonuses to executives far away. Again, using bacteria and mushrooms to break down the hydrocarbons seem to be the most cost effective way of cleaning up.

We can research and expound on each of these…

But we need City Council to remove all tax incentives and zoning that allowed this refinery for as long as it has. We once offered them all this because we thought we needed this industry. We no longer need the fossil fuel industry, and we need to make it financially unattractive for anyone to restart this refinery.

We know there are bidders. And we know there’s to be hearing in bankruptcy court on January 17th. In the interim, we can continue reminding our City representatives to

You can contact your favorite council person. Especially Councilmember Kenyatta Johnson since the refinery site is in his district.

We sense Councilmember Kenyatta Johnson is the one that can change the zoning designations in his district. He’s got the power to define the zoning to exclude oil and gas operations from returning to this site. We also need to alert him about the recent approval for a bio-gas project is not OK.

You can find contact details on the Engage page of Philly Talks Climate.

Wondering how to connect with others concerned about what comes next at this site? Next Wednesday, December 11, there’s an all-day gathering called Futures Beyond Refining at the Donatucci Library in South Philadelphia.

The organizers say it’s to envision possibilities for the site, by bringing together neighborhood residents, artists, climate activists, public health advocates, and individuals concerned with lives, land, air, and water long contaminated by the refinery.

Together we hope to imagine what this place could look like in 100 years. What could grow here? What could we cultivate?

Song: Imagine Dragons: Who We Are